Many of the memoirs on the U.S. occupation of Haiti are written by U.S. Marines or officials, but the Haitian responses that do exist shed light on a frightened, frustrated people unhappy with the occupation. 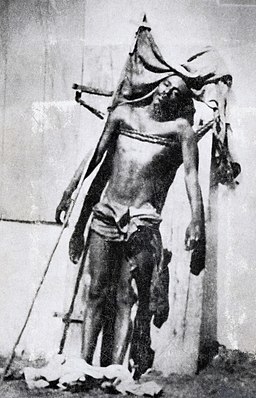 One of the stories my grandfather's oldest son, my uncle Joseph, used to tell was of watching a group of young Marines kicking around a man's decapitated head in an effort to frighten the rebels in their area. There are more stories still. Of the Marines' boots sounding like Galipot, a fabled three-legged horse, which all children were supposed to fear. Of the black face that the Marines wore to blend in and hide from view. Of the time U.S. Marines assassinated one of the occupation's most famous fighters, Charlemagne Péralte, and pinned his body to a door, where it was left to rot in the sun for days. 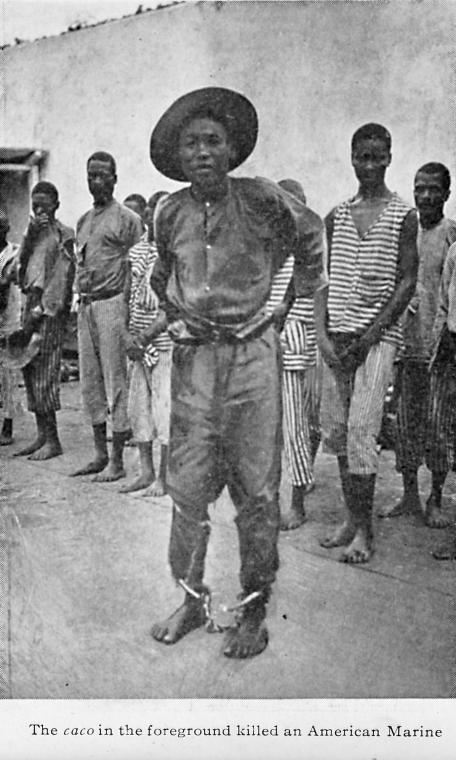 Now, whatever the conditions were in Haiti, the Haitian people are united in protesting that there was no justification for the landing and maintenance of American forces on Haitian soil since 1915; for the seizure by American marines of our custom-houses, and indeed of all our revenues; for the dissolution of our legislative bodies; for the use of coercive measures to force an unwelcome and undesired treaty upon the country, and to compel us to adopt a constitution by totally illegal means.
The treaty which was imposed upon Haiti against its will specifically states: "That the United States has no aim except to insure, establish, and help maintain Haitian independence and the establishment of a firm and stable government by the Haitian people." Well, gentlemen, to date there has not been the slightest evidence in Haiti of any such purpose. Not only has the United States failed to carry out a single provision of the treaty which is composed and imposed, but every move has been contrary to Haiti's interests, contrary to the fundamental ideas of democratic government, and designed apparently merely to aid American investors.
Why do the American interests want Haiti? For one thing labor is cheaper there than almost any other place on earth. It can be obtained for the sum of 20 cents a day, a fact enthusiasticallly boasted in a recent prospectus of the Haitian-American Sugar Co., when it was trying to float a loan in the United States.
As I said, the Haitian people have been a patient people. They are a good and kindly people. But once they lose all hope in honor of the United States I do not know what may ensue. I ask those of you who believe in the rights of liberty and independence for small countries what your course would be? 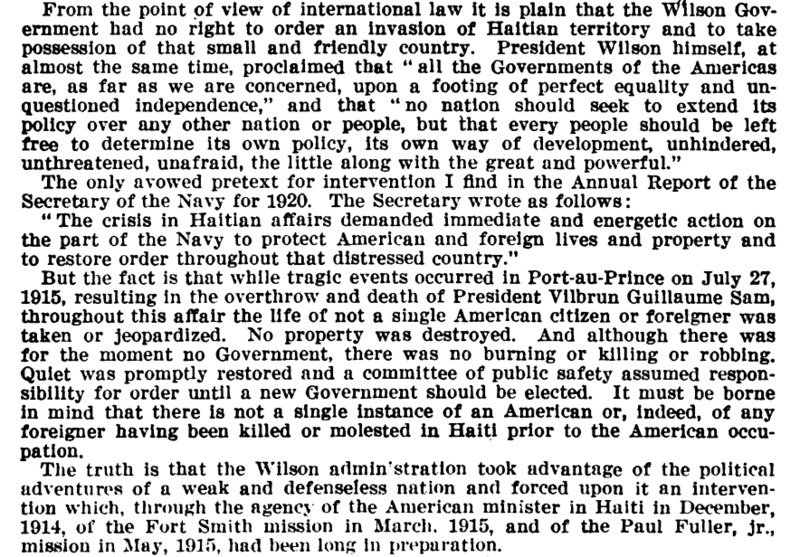 Stenio Vincent, who would later become the president of Haiti after Borno, testified in the 1922 Senate Inquiry. As his tesitmony suggests, many Haitians did not believe the U.S. had viable reasons for intervening.