The United States began to develop an interest in imperialism toward the end of the 19th century and efforts were fully implemented at the beginning of the 20th century. From 1895 to 1915, the U.S. would collect nations from the Caribbean to the Pacific. The question of sovereignty for these people was largely determined by the current thoughts on the rights of African Americans, who were considered second-class citizens and inferior to white Americans. John W. Burgess, American political scientist, wrote

The North is learning every day by valuable experiences that there are vast differences in political capacity between the races, that it is the white man's mission, his duty, and his right to hold the reins of political power in his own hands for the civilization of the world and the welfare of mankind.

By supporting these views at home, imperialists could transfer the same principles to overseas territories and deny the citizens a right to sovereignty and protection under the U.S. Constitution because of their skin color. 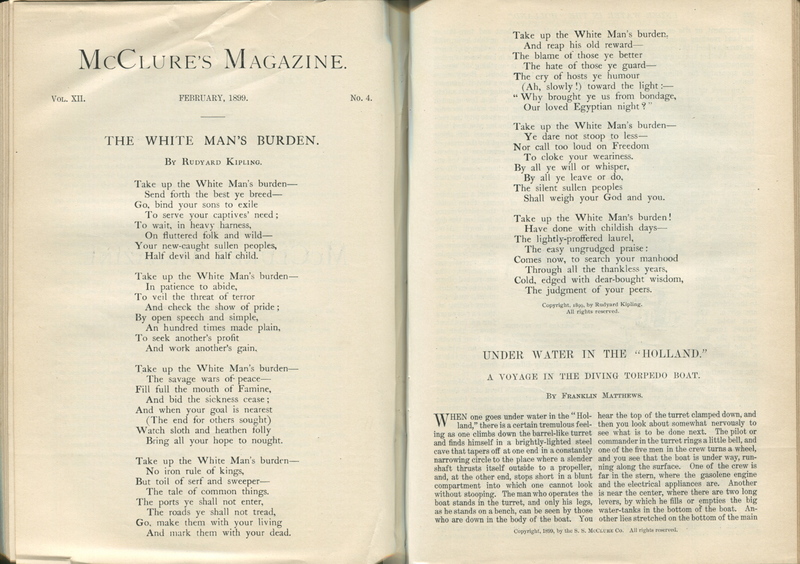 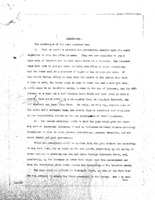 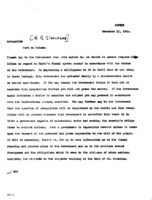 Telegram Draft to the American Legation of Haiti

Many of the United States' imperialist ideals were influenced by three people: Alfred T. Mahan, naval officer and historian; Theodore Roosevelt, 26th President of the United States; and Henry Cabot Lodge, writer and Massachusetts Senator. Mahan developed many of the principles that were touted by Roosevelt and Lodge, especially the idea of the plebiscite. Mahan also believed that the United States should not intervene in nations that did not want its help, but it should also not deny those that want to become a part of the republic. For example, a population of Americans living in Hawaii desired to join the Union, therefore the U.S. had the right to annex it.

The principles of U.S. imperialism revolved around the belief that Anglo-Saxons were far more advanced than other races, especially in terms of developing a political society. It was thought that Anglo-Saxons were the only group competent enough to govern themselves and that the greatness of the political society of the United States should be brought to other nations that could not achieve the same greatness on their own. Roosevelt was a strong believer in these principles, and by 1898, he began to implement a plan of U.S. expansion, which could be achieved by joining Cuba in the war against Spain.

The Spanish-American War lasted from April 21, 1898 to August 13, 1898, and in the Treaty of Paris, Spain gave up their claim to Cuba, ceded Guam and Puerto Rico to the U.S., and sold the Philippines to the U.S. for $20 million. These territories, as well as the recently-annexed Hawaii, were not allowed to learn by governing themselves, like the Anglo-Saxons, because they were "innately incapable" of doing so.

Not self-government for peoples who have not yet learned the alphabet of liberty; nor territorial independence for islands whose ignorant, suspicious and primitive inhabitants, left to themselves, would prey upon one another ... not the flimsy application of abstract governmental theories possible only to the most advanced races and which applied to underdeveloped peoples, work out grotesque and fatal results — not anything but the discharge of our great national trust and greater national duty to our wards by common-sense methods will achieve the welfare of our colonies and bring us success in the civilizing work to which we are called.

In arguments for U.S. imperialism, Haiti was often used an example of "the Negroe's inability to govern himself." Instead of letting their territories follow in Haiti's footsteps, the U.S. would provide administration to their newly-acquired territories. In other words, the U.S. would do the things for the native people that they would not or could not do for themselves. In 1901, Woodrow Wilson wrote that

"to give indiscriminately the codes of Anglo-Saxon political morality or methods of political action to underdeveloped people would be a 'curse,' not a blessing, because these peoples were in the 'childhood of their political growth' and needed the aid of the Anglo-Saxon character, not the 'premature aid' of their institutions."

At the time, magazines and articles were important in spreading viewpoints on imperialism, but whether the argument was for or against expansion, they were still largely based in racist ideologies. Anti-imperialists were against adding more people of color to an already-fraught body politic, while pro-imperialists believed people of color were too incompetent to govern themselves, so the U.S. must intervene.

Haiti was not the first territory to become part of the U.S. effort to undertake "The White Man's Burden," and it was not the last to feel the effects of U.S. imperialism.